Protub finishing does amazing work. I had traveled to LA County to visit my Grandparents, and they had just hired Protub to re-glaze their old tub. When I say old tub, I mean an almost 100 year old claw foot tub. We were leery about letting anyone refinish it due to its age, but Protub put us at ease from the get go. Long story short…the finished product looked amazing. The crew was professional and courteous to my elderly grandparents, and I felt as though the price was unbeatable. I would highly recommend Protub for any of your bathroom refinishing needs. You will not be disappointed. Great job, guys!!! 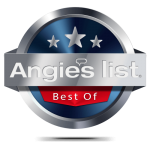